What is Human Trafficking?

According to the United Nations Office on Drugs and Crime (UNODC), "Human Trafficking is a crime against humanity. It involves an act of recruiting, transporting, transfering, harbouring or receiving a person through a use of force, coercion or other means, for the purpose of exploiting them. Every year, thousands of men, women and children fall into the hands of traffickers, in their own countries and abroad. Every country in the world is affected by trafficking, whether as a country of origin, transit or destination for victims. UNODC, as guardian of the United Nations Convention against Transnational Organized Crime (UNTOC) and the Protocols thereto, assists States in their efforts to implement the Protocol to Prevent, Suppress and Punish Trafficking in Persons (Trafficking in Persons Protocol).﻿"

What is Human Trafficking?

How is human trafficking different from migrant smuggling?

What if a trafficked person consents?

How widespread is human trafficking?

Which countries are affected by human trafficking?

What is the most commonly identified form of trafficking?

Who are the victims and culprits of human trafficking?

What is the role of transnational organised crime groups in human trafficking?

What types of industries are involve with human trafficking?

Is there a legal instrument to tackle human trafficking?

What does UNODC do to assist victims of trafficking?

What is UNODC's stance on prostitution?

What are the major challenges faced in the battle against human trafficking?

Do many traffickers get caught and convicted?

What can I do to help fight human trafficking?

What Is Human Trafficking?

Human Trafficking is defined in the Trafficking Protocol as "the recruitment, transport, transfer, harbouring or receipt of a person by such means as threat or use of force or other forms of coercion, of abduction, of fraud or deception for the purpose of exploitation."

The definition on trafficking consists of three core elements:

1) The action of trafficking which means the recruitment, transportation, transfer, harboring or receipt of persons

2) The means of trafficking which includes threat of or use of force, deception, coercion, abuse of power or position of vulnerability

3) The purpose of trafficking which is always exploitation. In the words of the Trafficking Protocol, article 3 "exploitation shall include, at a minimum, the exploitation of the prostitution of others or other forms of sexual exploitation, forced labor or services, slavery or practices similar to slavery, servitude or the removal of organs

HUMAN TRAFFICKING IN THE U.S.A. 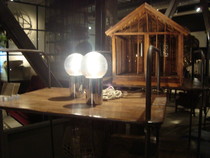 The United States is not immune to human trafficking. According to USA Today's article, "Human Trafficking is a Growing Crime in the U.S," almost half of the cases involve children. In January 2012 President Obama made January, "National Human Trafficking Awareness Month."

On 25 September 2012, President Obama made the following statement:

According to Half The Sky's website, "With millions of women and girls bound in the international sex trade, sex trafficking has earned a fitting epithet: modern-day slavery.

It's difficult to estimate just how many women and girls are impacted by sex trafficking, in part because you can't easily divide sex workers into those who are working voluntarily and involuntarily. But in their book Half the Sky, Nicholas Kristof and Sheryl WuDunn estimate that around 3 million women and girls (and a small number of boys) worldwide are currently enslaved in the sex trade — bought, held and forced into commercial sex work against their will. This figure may even be on the conservative side, as it doesn't account for people who were intimidated into prostitution or the millions more under 18 who can't consent to working in brothels.

The U.S. State Department's tally is lower, with estimates that between 600,000 and 800,000 people are trafficked across international borders each year. Eighty percent of those trafficked are women and girls, mostly for sexual exploitation. But these figures overlook the millions more victims who are trafficked annually within their own national borders." There's a film out, too (same title).

University of Minnesota Human Rights Library addresses the issue of trafficking in women by providing links to exploring the issue, posting research and reports, law and policy, and training materials for advocates against trafficking in communities.