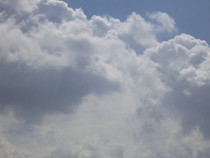 While the majority of violence is against women and girls, recent studies are exposing violence against men and boys, too. While most organizations focus on the gender violence issues against women, it is important to recognize that gender does not protect an individual against all forms of violence.

All over the world, women are treated like commodity. Until women have the same rights as men and all girls are permitted to go to school and receive an education, women are the "lesser" gender and are left vulnerable to gender violence.

﻿﻿﻿﻿VAWA has improved the criminal justice response to violence against women by:

•     holding rapists accountable for their crimes by strengthening federal penalties for repeat sex offenders and creating a federal “rape shield law,” which is intended to prevent offenders from using victims’ past sexual conduct against them during a rape trial;
•     mandating that victims, no matter their income levels, are not forced to bear the expense of their own rape exams or for service of a protection order;
•     keeping victims safe by requiring that a victim’s protection order will be recognized and enforced in all state, tribal, and territorial jurisdictions within the United States;
•     increasing rates of prosecution, conviction, and sentencing of offenders by helping communities develop dedicated law enforcement and prosecution units and domestic violence dockets;
•     ensuring that police respond to crisis calls and judges understand the realities of domestic and sexual violence by training law enforcement officers, prosecutors, victim advocates and judges; VAWA funds train over 500,000 law enforcement officers, prosecutors, judges, and other personnel every year;
•     providing additional tools for protecting women in Indian country by creating a new federal habitual offender crime and authorizing warrantless arrest authority for federal law enforcement officers who determine there is probable cause when responding to domestic violence cases.
VAWA has ensured that victims and their families have access to the services they need to achieve safety and rebuild their lives by:
•     responding to urgent calls for help by establishing the National DomesticViolence Hotline, which has answered over 3 million calls and receives over22,000 calls every month; 92% of callers report that it’s their first call for help;22,000 calls every month; 92% of callers report that it’s their first call for help;
•     improving safety and reducing recidivism by developing coordinated community responses that bring together diverse stakeholders to work together to prevent and respond to violence against women,
•     focusing attention on the needs of underserved communities, including creating legal relief for battered immigrants so that abusers cannot use the victim’s immigration status to prevent victims from calling the police or seeking safety, and supporting tribal governments in building their capacity to protectAmerican Indian and Alaska Native women.
VAWA has created positive change. Since VAWA was passed:
•     Fewer people are experiencing domestic violence.

•     More victims are reporting domestic and sexual violence to police, and reports to police are resulting in more arrests.
•     States have reformed their laws to take violence against women more seriously:
    All states have reformed laws that previously treated date or spousal rape as a lesser crime than stranger rape;
    All states have passed laws making stalking a crime;
    All states have authorized warrantless arrests in misdemeanor domestic violence cases where the responding officer determines that probable cause exists;
    All states provide for criminal sanctions for the violation of a civil protection order;
    Many states have passed laws prohibiting polygraphing of rape victims;
    Over 35 states, the District of Columbia, and the U.S. Virgin Islands have adopted laws addressing domestic and sexual violence, and stalking in the workplace. These laws vary widely and may offer a victim time off from work to address the violence in their lives, protect victims from employment discrimination related to the violence, and/or provide unemployment insurance to survivors who must leave their jobs because of the abuse.﻿

The Advocates for Human Rights created a project and website, Stop Violence Against Women (STOPVAW); it's a forum for information, advocacy and change in the promotion of women's human rights around the world.﻿